For the first time in the history of Sri Lanka Police, a female officer has been designated as the Deputy Director of the Criminal Investigation Department (CID). 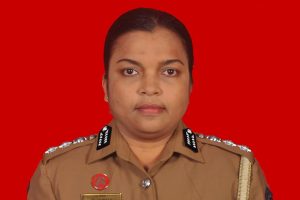 Thereby, Senior Superintendent of Police (SSP) Imesha Muthumala was appointed to the position, on the approval of the Secretary to the Ministry of Public Security.

Imesha Muthumala, who joined Sri Lanka police as an Apprentice Assistant Superintendent in 2007, has been in the service for 14 years.

Further, she has followed foreign courses on crisis management at the Hawaii Police Training Institute in the United States, prevention of money laundering in Bangkok conducted by the FBI, community policing at the Royal Police Academy in Malaysia and cyber policing at Hyderabad Police Academy.