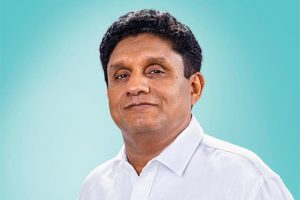 In an exclusive interview with WION, the Opposition Leader said, Sri Lanka should benefit from such positive proposals which promote the country’s prosperity and development if obtaining such assistance improves Sri Lanka’s macroeconomic indicators such as employment, growth rate, balanced budgets and trade surplus.

“Whatever economic, development and trade plans that are initiated and enunciated abroad, when Sri Lanka decides on embarking on a development voyage, we have to ensure that such development projects and programs promote efficiency and efficacious nature of such acts, the reduction of indebtedness and internal economic prosperity.”

He went on to say: “Within the present context, where Sri Lanka is suffering economically, I think the infusion of capital investment, grant programs, loan programs that may be available from this initiative could be useful and utilized for the country’s development which would then promote Sri Lanka’s macroeconomic indicators which would lead to higher standard living and higher economic growth rates.”

Responding to a question if Sri Lanka is now headed towards bankruptcy, the Opposition Leader said, “I would not like to think so, but when one examines the current trends and the economic trajectory, life does not look so rosy. It looks pretty alarming.”

When asked if Sri Lanka is sinking further into China’s grip, Premadasa said, “We would never ever be keen on being subjugated to any other state or non-state actor.”

Sri Lanka does not prefer international interference whether it is from a political bloc or an individual nation state, the Opposition Leader said, adding, “We sacredly protect our country’s political independence, territorial integrity, sovereignty and unitary character.”