The Committee on Parliamentary Business, chaired by Speaker Mahinda Yapa Abeywardena decided on Monday that this week’s proceedings of the parliament will be limited to two days. 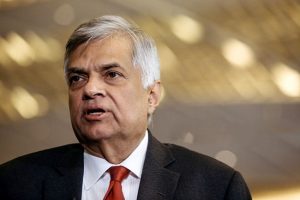 Thereby, parliamentary sessions will be convened today (June 22) and tomorrow (June 23), the Communications Department said in a statement.

The Second Reading of the Sri Lanka Land Development Corporation (Amendment) Bill and Regulations under the Lands Acquisition Act will be taken up for debate today. The vote is expected to be taken up at 4.00 pm at the end of the debate.

Time will be allotted today from 10.00 a.m. to 11.00 a.m. for Questions for Oral Answers of the Members of Parliament.

Subsequently, Motion at the Adjournment Time by the Government is set to be taken up for debate from 4.30 p.m. to 5.30 p.m.

Further, Samagi Jana Balawegaya (SJB) will hand over the no-confidence motion against Minister Udaya Gammanpila with regard to the recent fuel price hike, to Speaker Mahinda Yapa Abeywardene today.

According to reports, SJB parliamentarians are planning to carry out a protest at the parliamentary entrance today over the increase in fuel prices.

Secretary General of Parliament Mr. Dhammika Dasanayake stated that a Resolution under the Local Treasury Bills Ordinance, 02 Regulations under the Imports and Exports (Control) Act and the supplementary estimate submitted for government expenditure and the control of COVID-19 will also be taken up for debate tomorrow.

Time will be allotted on the same day from 10.00 a.m. to 11.00 a.m. for Questions for Oral answers of the Members of Parliament. Thereafter, Motion at the Adjournment Time by the Opposition will be taken up for debate from 4.30 p.m. to 5.30 p.m.

In the meantime, former Prime Minister Ranil Wickremesinghe is expected to take oaths as a Member of Parliament tomorrow.

The name of United National Party (UNP) leader was gazetted as the party’s one and only National List Member of Parliament in a special communique published by the Election Commission on Friday (June 18).