Amidst all the commotion, the draws have thrown up a few interesting potential storylines. 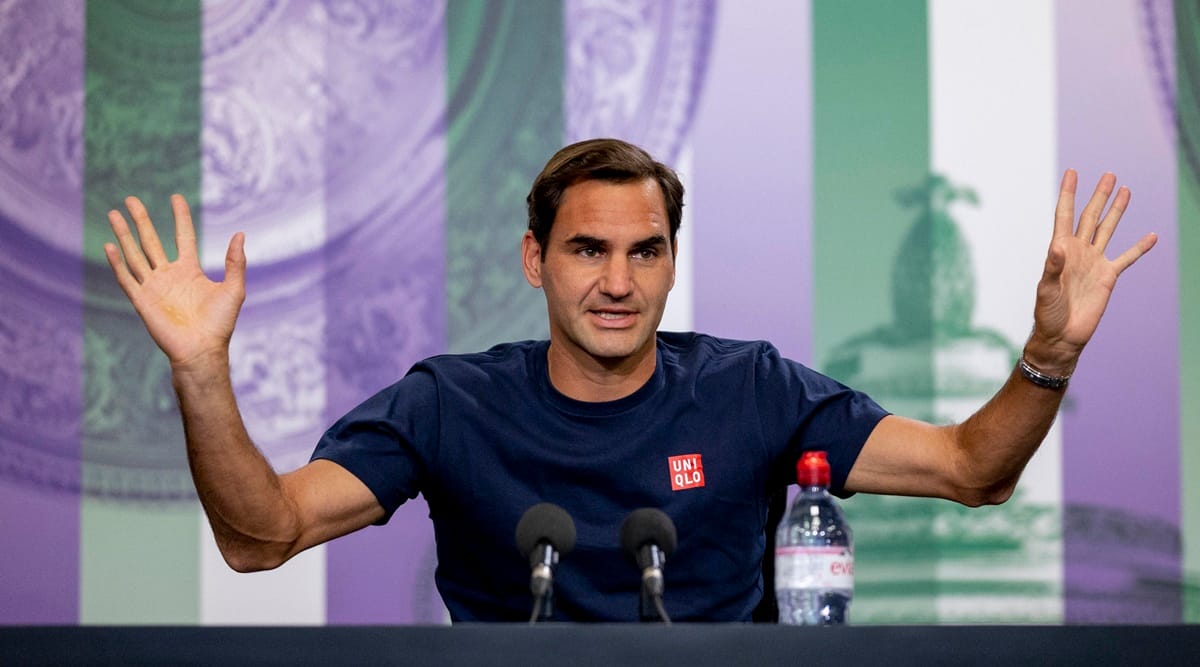 London: Switzerland’s Roger Federer withdrew from the French Open to prepare for Wimbledon

The list of big names missing this year’s Wimbledon Championships continued to grow till minutes before the draw ceremony on Friday. The defending champion in the women’s singles event, Simona Halep, was the latest to announce her withdrawal – owing to a calf injury she’s struggled to recover from.

Yet there remain a host of big names who will compete for the title now that Wimbledon – the only Grand Slam to be cancelled (and not postponed) last year due to the Covid-19 pandemic – is set to take place again, beginning Monday.

World No. 1 Novak Djokovic will head to Centre Court on Monday – as is customary for the defending champion. Serena Williams, a seven-time champion at SW19, a highly-accomplished grass-courter, will continue her pursuit for the elusive all-time record 24th Slam. And Roger Federer will return to where his comeback has been targeted towards.

Amidst all the commotion, the draws have thrown up a few interesting potential storylines.

When Federer returned to the tour earlier this year after missing most of 2020 due to a double knee surgery, he had asserted that Wimbledon was his main priority. So much so that he was willing to compete at the French Open just to help him add more match-time to prepare for the grass Slam. The finalist from the last edition has a tricky start though, as he faces French southpaw Adrian Mannarino – who is capable of pulling off upsets any day.

Murray gets a wild card

The two-time Wimbledon champion has had a torrid time over the past few years with injuries keeping him away from the tour for long spells. Fit this time around, Murray needed a wild card to enter the main draw. The dogged defender will take on hard-hitting Nikoloz Basilashvili.

Should the top eight seeds make their way through the draw, there is the promise of gripping quarterfinal clashes. Djokovic will take on the dangerous Andrey Rublev (5), French Open finalist Stefanos Tsitsipas (3) will face consistent Spaniard Roberto Bautista Agut (8), Alexander Zverev (4) is in the same quarter as talented Italian Matteo Berrettini (7), and there will be the grace of Federer (6) against the unorthodox (yet effective) second seed Daniil Medvedev.

Serena Williams vs Angelique Kerber in third round

Two former champions are slated to clash in the third round. A repeat of the 2018 final between former World No 1s Serena and Angelique Kerber is in the offing, should they make it to the third round.

The most interesting first-round match-up in the women’s draw will be between two-time Wimbledon champion Petra Kvitova and 2017 US Open champion Sloane Stephens.

The 2020 French Open champion Iga Swiatek will have a tricky start to her second Wimbledon campaign as the seventh seed will face Su-Wei Hsieh from Chinese Taipei in the opening round. The 35-year-old, a former doubles No. 1 (currently 5), is not a power player. But her trickery and ever-changing shot-speed causes great disruption to an opponent’s rhythm. She even got the better of the tenacious Halep at Wimbledon in 2018.