A wedding party held at a house in Pallemulla, Panadura North in violation of COVID-19 health guidelines has been raided, says DIG Ajith Rohana. 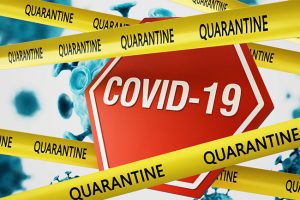 According to the police spokesman, 20 individuals – 12 males and 08 females – who attended the ceremony have been placed under quarantine at the said house for a period of 14 days.

The raid was carried out by the officers of Keselwatta Police and Public Health Inspectors (PHIs) of the area, acting on a tip-off received in this regard.

Legal action will be sought against the wedding party attendees following the completion of the quarantine procedure, the police spokesman noted.

Meanwhile, 433 more individuals have been taken into custody on Tuesday (June 29) for failing to adhere to quarantine regulations, DIG Rohana stated further.

Accordingly, the police have made a total of 45,532 arrests related to quarantine rule violations since October 30, 2020.

The police spokesman said majority of the arrests were made in the areas of Kandy, Gampola and Kuliyapitiya.