The All-Ceylon Bakery Owners’ Association has decided not to increase the prices of any bakery product if there is no hike in the prices of wheat flour. 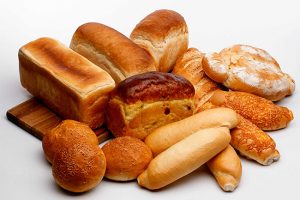 The decision was reached during a meeting held among State Minister Lasantha Alagiyawanna and the office bearers of the association including its chairman and secretary.

According to the statement issued by the state minister’s media unit, one leading company has not increased the wheat flour prices.

However, another company, in contrary, has hiked the prices without obtaining the proper approval of the Consumer Affairs Authority (CAA). Thereby, the CAA has decided to file a case against the expeditious price increase.

The government will not allow Companies to increase prices of wheat flour, the statement noted.

The consensus aired at the discussion to get the assistance of the cooperative movement to import margarine, Palm oil and other ingredients for bakery requirements at a reasonable price.

Accordingly, the bakery owners’ association has confirmed that the price of any bakery product will not be increased if there is no increase in price of wheat flour at this juncture till the pandemic situation is over.

The secretary to the state ministry and the CAA chairman also attended the meeting.