Dr Tedros Adhanom Ghebreyesus, the director-general of the World Health Organization has recently warned that the rich nations are sharing vaccines with low-income countries too slowly to prevent the spread of the Delta variant of Covid, putting at risks millions of lives. 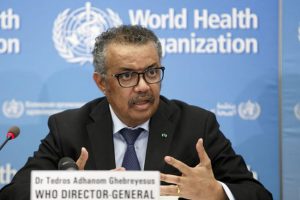 Tedros said that world leaders must ensure that at least 10 percent of people in all countries should be vaccinated by the end of September.

Speaking about the Delta variant, he said, “The Delta variant is dangerous and is continuing to evolve and mutate, which requires constant evaluation and careful adjustment of the public health response”. He further added, “Delta has been detected in at least 98 countries, and is spreading quickly in countries with low and high vaccination coverage. The world must equitably share protective gear, oxygen, tests, treatments and vaccines”.

Delta Plus (B.1.617.2.1/(AY.1) is a new mutant strain of the Delta variant of SARS-CoV-2, and has emerged as a new threat, especially in India. While the Delta variant, which was first detected by scientists in India, became a problem for the whole world, Delta Plus is currently limited to smaller areas in the country and is still under investigation.

Experts believe Delta Plus has increased transmissibility but it is still not very clear as to how virulent this new strain is in comparison to other variants.

However, medical experts are cautioning authorities and people against this new variant and are urging people to stay cautious and treat Delta Plus as a highly infectious variant that may show resistance against monoclonal antibodies cocktail treatments.