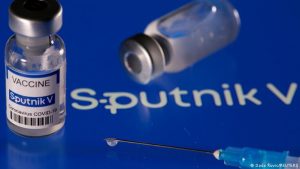 The vaccine consignment containing 50,000 doses have been handed over to the State Pharmaceutical Corporation (SPC) at the Bandaranaike International Airport (BIA) in Katunayake.

This is the fourth vaccine consignment delivered by the Russian government, in keeping with a purchase order placed by the SPC to boost the island’s inoculation drive.

Prior to the delivery of this consignment, Russia had sent three stocks of Sputnik V jabs within the last two months. The first batch containing 50,000 doses arrived on May 04 followed by the second batch comprising 50,000 doses on May 27. Sri Lanka later received 65,000 more doses in June.

The Sputnik V was the first COVID-19 vaccine to be registered for use in any nation, and it has since been approved in 67 countries. The National Medical Regulatory Authority (NMRA) on March 04 gave the nod for the emergency use of the vaccine in Sri Lanka.

However, the World Health Organization (WHO) and the European Medicines Agency (EMA) are still reviewing Sputnik V for final approval.

The last stage trial results published in Lancelet medical journal in February revealed that the vaccine, developed by the Gamaleya National Research Center of Epidemiology and Microbiology in Moscow, gives 91.6% protection against SARS-CoV-2.

In late June, the Russian Direct Investment Fund (RDIF) announced that Sputnik V in the United Arab Emirates (UAE) was confirmed to be 97.8% effective among over 81,000 people. Reportedly, the analysis was based on the data collected by June 08.

This vaccine can be stored at temperatures of between 2 and 8C degrees (a standard fridge is roughly 3-5C degrees).

Two doses are required to be taken 21 days apart in order for the vaccine to be effective. Unlike other similar vaccines like Pfizer-BioNTech and Oxford-AstraZeneca, the Sputnik V jab uses two slightly different versions of the vaccine for the first and second dose.

Although both doses target the coronavirus’s distinctive ‘spike’, each dose in Sputnik V contains a slightly different vector – the neutralised virus that carries the spike to the body. Scientists say this is beneficial because using two different vectors in a course of vaccination can help boost the immune system even more than using the same version twice.