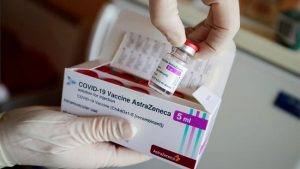 Persons who have not received their second dose of the AstraZeneca vaccine as of yet should not be unduly alarmed, State Minister of Production, Supply and Regulation of Pharmaceuticals Prof. Channa Jayasumana said.

He said, “The World Health Organization has published a technical paper stating that AstraZeneca has up to 6 months between the doses. [It states] there is no weakening of its immunity.”

Jayasumana also pointed out that the 6 month period of Sri Lankan public who had received AstraZeneca shots after February 15 is not up yet.

In the coming days,  Sri Lanka is due to receive a donation of 1,470,000 (one million four hundred seventy thousand) doses of AstraZeneca shots as donations, he added.