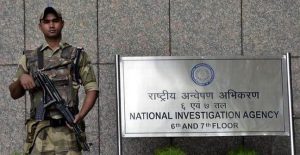 The case relating to the detention of 38 Sri Lankan nationals last month for staying illegally in India has been now handed over to the India’s National Investigation Agency (NIA), a senior Indian police officer has said on Saturday.

On June 11, as many as 38 Sri Lankan nationals were detained under Mangaluru south police station limits for their illegal stay in the country. Six locals, who had sheltered these illegal immigrants have also been arrested by the Indian police.

Mangaluru Commissioner of Police N Shashi Kumar told reporters that the operation was launched following a tip-off from Tamil Nadu police. He said that the illegal immigrants were trafficked to India with the promise of jobs in Canada. They were staying at two lodgings and two houses for the past 45 days claiming to be daily wage workers and fishermen from Tamil Nadu.

According to Commissioner, they had left Sri Lanka on March 17 by paying Rs 600,000 to Rs 01 million in Sri Lankan rupees to an agent. They had reached Tamil Nadu’s Thoothukudi by boat. The agents, fearing intense scrutiny of foreign nationals due to Assembly elections in Tamil Nadu had shifted the Sri Lankan nationals in buses first to Bengaluru and later to Mangaluru. The commissioner added that an organised illegal trafficking racket was operating in Tamil Nadu. Following this information, a case has been registered against Sri Lankan nationals under relevant IPC sections for human trafficking, cheating, under the Passport Act of 1967, the Foreigners Act of 1945 and the Foreigners Order of 1948.

Giving out further details N Shashi Kumar told reporters that this case has been handed over to the National Investigation Agency as per the orders of the Union Home Ministry. Police have formed a team to assist a DSP-rank NIA officer and as per the order, the local police will help provide all logistics and other support needed for the probe. The file has already been handed over to the officer of the NIA, the commissioner added.