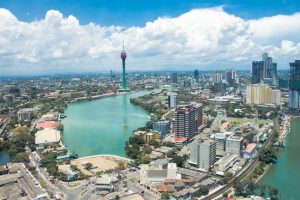 Sri Lanka has transferred funds to repay the $1 billion bond by the Tuesday (July 27) deadline, keeping intact its reputation for honoring debt as concern mounts about the nation’s overseas financing.

The money was transferred Monday, Ajith Nivard Cabraal, the state minister for money and capital markets, told Bloomberg by phone.

Moody’s Investors Service placed Sri Lanka’s ratings under review for a downgrade last week, citing its assessment of the country’s increasingly fragile external liquidity position and the risk of default.

“I have been saying right throughout that we will pay. Unfortunately, some bondholders panicked due to rating actions and analyst reports and sold off at huge discounts,” Cabraal said in a separate interview Sunday. “Those who came last profited most.”

The payment marks the clearing of only the first test. Two more payments — a $500 million bond and $1 billion of debt — become due next year, with Colombo saying arrangements have been made for the transactions.

Doubts about Sri Lanka’s ability to service debt began growing last year after the International Monetary Fund prematurely ended a $1.5 billion loan facility in the midst of the pandemic. While steps to control the coronavirus’s spread hurt the government’s capacity to generate earnings through sectors such as tourism, a downgrade of the sovereign’s rating deeper into junk hit investors’ confidence.

The island nation has since secured a $1.5 billion currency swap agreement with China, besides negotiating funding lines from its South Asian neighbors India and Bangladesh.

Sri Lanka’s central bank earlier this month said that while the government is expecting some inflows, it will dip into its foreign exchange reserves to bridge any shortfall in repaying the bonds. The stockpile stood at about $4 billion in June, enough to cover about three months of imports.

“Any reserve fall will be temporary,” Cabraal said in a separate phone call late Sunday. “It will be buttressed in a planned manner with non-debt investments, which will not flow out.”

Some $200 million of the payment will return relatively quickly as the central bank will conduct swap transactions with domestic banks that hold about a third of the maturing debt, Cabraal said. He didn’t share further details on the swaps.

State Minister of Money & Capital Market and State Enterprise Reforms posting a tweet, yesterday (July 26), stated that ‘the bond investors who panicked due to rating actions and analyst reports and sold off at huge discounts must be regretting’.

The State Minister had tagged Fitch Ratings, Moody’s Investors Service, and the SP Global Market Intelligence in his tweet, along with the Central Bank of Sri Lanka (CBSL).

-With inputs from Agencies