Lalith Weeratunga, Principal Advisor to the President, highlighted that although some decisions were made based on scientific facts, the government’s policy to ban the use of chemical fertilizers remains unchanged.

Mr. Weeratunga made these remarks at a media briefing held at the Presidential Media Centre (PMC) on the topic “Has the ban on chemical fertilizers been lifted?” on Thursday (05). This was the second weekly media briefing organised by the PMC.

Responding to questions raised by the journalists, Mr. Weeratunga said that transforming a country that had been accustomed to using chemical fertilizers for decades to use organic fertilizers is a challenging endeavour and therefore, the different opinions directed at the move were reasonable.

The Secretary to the Ministry of Agriculture, Senior Professor Udith K. Jayasinghe, stated that only natural minerals and chelated matter produced using plant nutrients will be imported and those are essential for the biological enrichment of the soil.

The Secretary pointed out that as the use of organic fertilizer is a brand-new experience for many farmers, a mechanism has been implemented to monitor these activities on a weekly basis and plans are all set to apply new technologies and techniques for this purpose.

He further added that the experts from state universities, faculties of agriculture and the field would be consulted in this regard and noted that they would be obliged to have the support of media outlets as well.

Despite import restrictions, certain decisions have to be taken in terms of national interest, but these decisions will not be taken outside of policy, Finance Ministry Secretary S.R. Attygalle stressed.

Commenting on the decision taken to import only natural chelated minerals and micro matter nutrients, the Finance Ministry Secretary said that such measures are being implemented under the strict supervision and recommendation of the Ministry of Agriculture and other relevant institutions.

Plans have been made to provide the required amount of organic fertilizer in each area based on a code given to the farmers following a soil test. Dr. Ajantha de Silva, Director General of Department of Agriculture, stated that the soil tests will commence next week.

Responding to the question raised by journalists as to how the government will respond if the harvest reduces due to the use of organic fertilizer, President’s Spokesman Kingsly Rathnayake quoted a statement made by the President and said, “Issues and complications may occur at the launch of the programme. However, the implementation of a sustainable green socio-economic pattern should not be delayed. We need to identify the perfect solutions to the problems that emerge. The farmers may assume that giving up on chemical fertilizers will reduce the yield. If it does, the President guaranteed that the amount of over Rs. 50 billion that is spent annually on chemical fertilizers will be used to compensate them”. 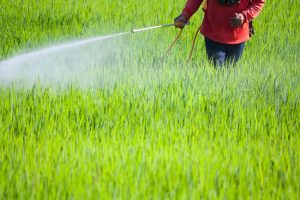