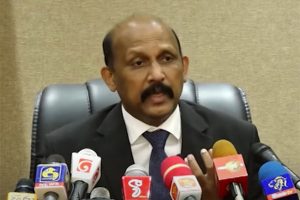 “I’m stating very responsibly that we did not assign army personnel from the artillery regiment for vaccination programs. We have assigned highly trained practitioners of the Army Medical Corps for the process,” he said, addressing a media briefing held at the Defence Ministry.

People should not have undue fears about receiving the vaccine from them as they are experienced medical personnel, the Defence Secretary continued.

Explaining the decision to deploy military medical personnel in the national inoculation drive, he said the army stepped in to assist when the health sector was unable to carry out the process by itself.

“If people in the country are dying of a epidemic, it is also a threat to the national security,” the Defence Secretary pointed out, adding that it is the responsibility of the government to mobilize the security forces in such situations. – ada derana