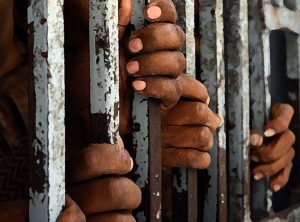 A court in Islamabad has summoned the country’s interior secretary in a case pertaining to 41 Pakistani prisoners who were awarded sentences in drug smuggling cases in Sri Lanka.

The court had on Tuesday sought a report from the interior ministry on whether the anti-narcotics laws of Pakistan and Sri Lanka had similarities, The News International reported.

Fifteen cases were sent to magistrate Shaista Kundi while the other 26 sent to the other court, he added. The court summoned the interior secretary on the subject and adjourned the case till August 24.

According to Dawn, the prisoners were brought back by a chartered flight of Pakistan International Airlines in November last year.

This was the first case of repatriation over the past seven years under the bilateral Prisoner Transfer Agreement (PTA) signed by Pakistan and Sri Lanka in 2004. According to the agreement, transfers are allowed in cases where sentences exceed a period of six months.

Dawn reported that the prisoners were signed petitions in Islamabad HC, which sought their release claiming that sentences for drug offences in Sri Lankan laws were not compatible with Pakistani laws.

Justice Aamer Farooq had directed the interior ministry to make arrangements for examining whether the sentences awarded by Sri Lankan courts were compatible with Pakistani laws. (ANI)