“Britain found that out in the 1830s, that it is a country led by warlords and led by different provinces and tribes, and you end up, if you’re not very careful in a civil war, and I think we are heading towards a civil war,” Defence Secretary Ben Wallace tells the BBC.

“The Taliban is not entirely a single entity, they break down underneath the title into all sorts of different interests,” Wallace said.

The Taliban has captured the key city of Lashkar Gah in southern Afghanistan, a day after the group claimed control over Kandahar and Herat, the country’s second and third largest cities.

‘We could be back’ in Afghanistan if al-Qaeda returns: UK

Britain could return to Afghanistan if the country starts hosting al-Qaeda in a way that threatens the West, says Ben Wallace, British defence minister.

Asked if the UK would ever send troops back to Afghanistan again, Wallace told LBC Radio: “I’m going to leave every option open. If the Taliban have a message from last time, you start hosting al-Qaeda, you start attacking the West, or countries like that, we could be back.”

A source speaking to Al Jazeera from Pol-e Alam, the capital of Logar province, says intense fighting continues in Logar.

The area around the provincial governor’s compound is seeing intense action, and the capital is being described as “under siege”.

Logar borders Kabul, less than 50km (31 miles) from the city of Kabul.

The official, Ghulam Habib Hashimo, says government forces are only in control of the airport and an army camp in the city of about 600,000 people, which is close to the border with Iran.

“Families have either left or are hiding in their houses,” he says.

The city centre has been abandoned by local officials and security forces and the Taliban fighters are controlling all the government buildings in the city, according to local councillor Fazel-ul Haq Ehsan and a member of parliament representing the province, Fatima Kohistani.

A civil society activist in the city has confirmed to Al Jazeera the province of Ghor has fallen to the Taliban.

“There are armed men everywhere,” he says.

“Earlier in th summer, the group briefly took control of the capital before the government recaptured it within a matter of hours,” he says.

“Last month, there were reports of an indefinite ceasefire orchestrated between the Taliban and local elders. However, in the last 24 hours, the fighting has picked up again and the Taliban have now taken the capital city.”

Residents in the city of Kandahar have confirmed to Al Jazeera that Afghanistan’s second-largest city has fallen to the Taliban: the 12th provincial capital the armed group has overrun in a week.

The Taliban have captured the key southern city of Lashkar Gah, the provincial capital of Afghanistan’s Helmand, the largest province in the country by area, two officials have confirmed.

Military and government officials had evacuated the city after striking a deal with the group, the security source said. 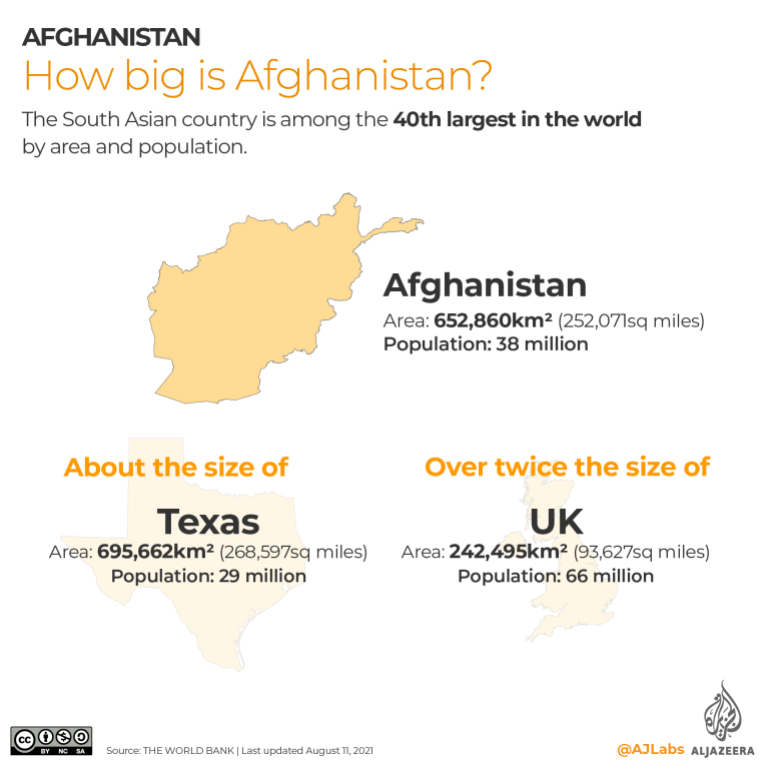 US, UK to launch evacuation flights

The United States and Britain have ordered the deployment of thousands of troops to Afghanistan to evacuate their nationals.

The Pentagon said it would send about 3,000 extra troops within 48 hours to help evacuate embassy staff. The State Department said it would also increase the tempo of Special Immigration Visa flights for Afghans who helped the US effort in the country.

Britain said it would deploy approximately 600 troops to help its nationals and local translators get out.

The UN Security Council is discussing a draft statement that would condemn Taliban attacks on cities and towns causing high civilian casualties and threaten sanctions for abuses and acts that risk Afghanistan’s peace and stability, diplomats said.

The formal statement, drafted by Estonia and Norway and seen by the Reuters news agency, has to be agreed by consensus by the 15-member body.