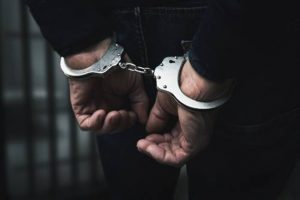 A British national who was in possession of 1.5kg of cannabis has been taken into police custody, says Senior DIG Ajith Rohana.

The 43-year-old was arrested by the officers of Hikkaduwa Police on Thursday (August 13).

The arrestee will be produced before Galle Additional Magistrate today, the police spokesman added.

In another development, two individuals have been apprehended while in possession of 2kg of Kerala cannabis.

According to the police spokesman, the raid was carried out by the Divisional Crimes Detective Bureau in Batticaloa.

The arrestees have been handed over to Kattankudy Police for further investigations.

Further, the Police Special Task Force (STF) in Akkaraipattu has arrested a suspect along with 4,980 synthetic narcotics capsules. He is currently in the custody of Akkaraipattu Police.

Meanwhile, another suspect was arrested by the STF in Peliyagoda area along with 190 synthetic narcotics capsules. According to the police spokesman, he has been handed over to Peliyagoda Police for further investigations. – ada derana