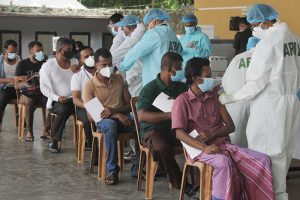 In addition, another vaccination clinic conducted by the Police, will be operative at the Vidyalankara Pirivena in Dematagoda.

The police spokesman appealed to the unvaccinated people above the age of 30 years in the area to get their COVID jabs from the aforementioned clinics between 9.00 am and 5.00 pm today.

Meanwhile, Sri Lanka Army-manned vaccination centres will be rolling out the first and second doses of Sinopharm and Oxford-AstraZeneca vaccines today.

Those who require this mobile service have been requested to register themselves with the National Operation Centre for Prevention of COVID-19 Outbreak (NOCPCO) through the hotline 1906 or telephone number 0112-860 002.

The details of vaccination clinics operated by the army are as follows: 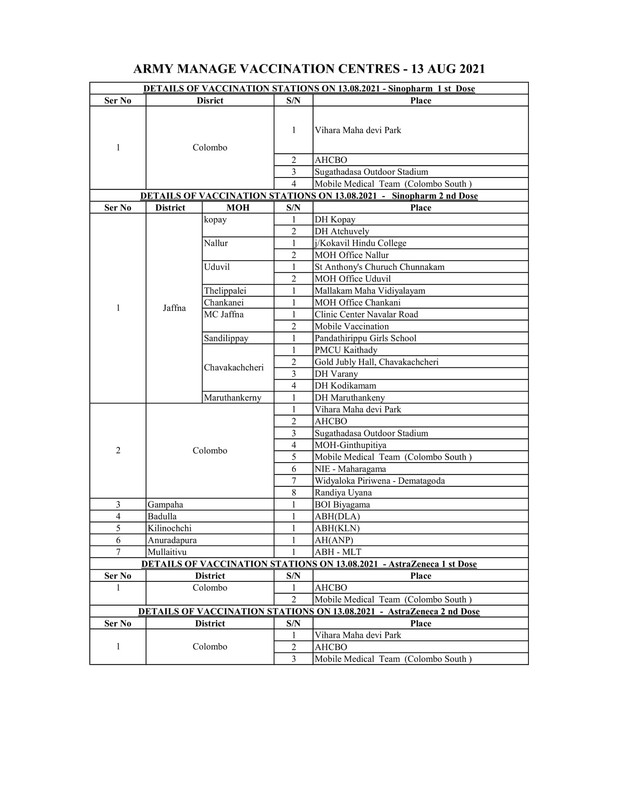