A total of 582 persons who tried to enter the Western Province yesterday (August 14) violating provincial travel restrictions have been turned away after, Sri Lanka Police said.

Further, 108 persons have been arrested during the police operations carried out to monitor quarantine regulations yesterday.

Police Media Spokesman Senior DIG Ajith Rohana stated that a total of 54,359 persons have been arrested so far in these operations.

Police further say that special inspections are being carried out regarding vehicles entering the expressways. – ada derana 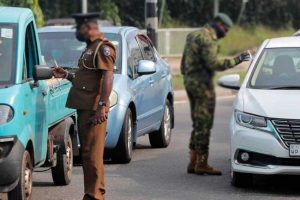