The government has prohibited holding any wedding functions from midnight Tuesday (August 17) irrespective of their venue. 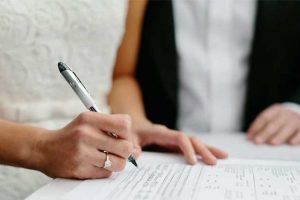 Accordingly, only the bride and the groom, the parents of both parties, the marriage registrar, and the witnesses will be allowed at the registration.

In addition to weddings, all public events that amass crowds will not be allowed from today (August 16).

Meanwhile, a daily quarantine curfew will be implemented in the country from 10.00 pm to 04.00 am. Only essential service workers will be allowed to travel during this period.