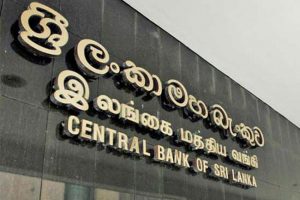 The decision was taken at its meeting held on Wednesday (August 18), the Central Bank said in a statement.

In addition, the Monetary Board decided to increase the Statutory Reserve Ratio (SRR) applicable on all rupee deposit liabilities of licensed commercial banks (LCBs) by 2.0 percentage points to 4.00 per cent, with effect from the reserve maintenance period commencing on 01 September 2021.

These decisions were made with a view to addressing the imbalances on the external sector of the economy and to pre-empt the build-up of any excessive inflationary pressures over the medium term, amidst improved growth prospects.

The global economy is set to make a gradual recovery in 2021, although normalisation of economic activity would largely be uneven across regions

As per the July 2021 update to the World Economic Outlook (WEO) of the International Monetary Fund (IMF), the global economy is projected to grow by 6.0 per cent in 2021 and 4.9 per cent in 2022. Economic prospects have diverged across regions and access to COVID-19 vaccines has emerged as the principal factor that drives the global economic recovery in the period ahead. Most countries have experienced transitory price pressures due to supply-demand mismatches amidst the pandemic. Such transitory pressures could become more persistent, thereby warranting preemptive action by central banks in order to ensure stability in the period ahead. Accordingly, some central banks have already commenced tightening monetary policy while several others have signalled a possible tightening of monetary policy in the period ahead.

Supported by fiscal and monetary stimulus measures, the Sri Lankan economy is gradually making headway following the setback in 2020. As per the estimates published by the Department of Census and Statistics (DCS), the economy witnessed a stronger than expected recovery during the first quarter of 2021, recording a real growth of 4.3 per cent, year-on-year. The economy is poised to record a higher growth rate during the second quarter of 2021, partly due to the sharp contraction observed in the corresponding quarter of the previous year. Possible disruptions to domestic economic activity from the re-emergence of the COVID-19 pandemic and related preventive measures could weaken the recovery to some extent during the second half of 2021. Nevertheless, with the successful rolling out of the national COVID-19 vaccination programme and the Government’s strategy to impose only selective mobility restrictions, the momentum of activity is expected to sustain in the period ahead. Available indicators and projections suggest that the real economy would grow over 5 per cent in 2021, and this momentum would be sustained over the medium term.

With the gradual transmission of accommodative monetary policy measures, most market deposit and lending interest rates declined to their historic low levels. Supported by the low interest rate environment, credit to the private sector expanded notably during the first half of 2021, surpassing the annual expansion of credit observed in 2019 and 2020. The momentum of credit expansion is expected to continue in the period ahead, with increased credit flows to productive and needy sectors of the economy. Meanwhile, credit obtained by the public sector from the banking system, particularly net credit to the Government, also increased notably thus far during the year, amidst the impact of the pandemic on government revenue and recurrent expenditure. Reflecting the impact of increased domestic credit, the growth of broad money (M2b) continued to remain elevated.

The implementation of the essential growth-conducive stimulus measures, which resulted in the availability of low cost credit to the private sector, led to a sustained increase in the demand for merchandise imports since mid-2020. With the increase in import expenditure outweighing the improvements observed in earnings from exports, the trade deficit continued to widen during the first half of 2021 over the corresponding period of last year. Moreover, the expected recovery in the tourism industry could be further delayed due to uncertainties associated with the resurgence of the pandemic globally. Workers’ remittances, which recorded a significant growth in 2020 as well as in the first few months of 2021, have also displayed some deceleration. Limited conversion by exporters and the advancing of imports together with some speculative activity, prompted by anomalies between interest rates on the rupee and foreign currency products in the financial market, exerted undue pressure on the exchange rate in the domestic market. Amidst these developments, all debt service obligations of the Government, including the settlement of the International Sovereign Bond (ISB) of US dollars 1 billion in late July 2021, have been duly met thus far in 2021. Gross official reserves were estimated at US dollars 2.8 billion with an import cover of 1.8 months by end July 2021. This, however, does not include the bilateral currency swap facility with the People’s Bank of China (PBoC) of CNY 10 billion (equivalent to approximately US dollars 1.5 billion). Measures are being taken by the Government and the Central Bank to secure foreign financing from several sources in order to reinforce the level of official reserves in the near future. Meanwhile, the Government continued to aggressively explore avenues to enhance non-debt creating foreign inflows, by strengthening the domestic production economy, which would help strengthen the external sector in the period ahead.

Inflation, which remained moderate during early 2021, accelerated somewhat in recent months due to high food inflation and some acceleration in non-food inflation. Inflation is projected to hover around the upper bound of the desired 4-6 per cent target range in the near term. The envisaged improvements in aggregate demand conditions and the likely increases in global energy and other commodity prices may generate some inflationary pressures in 2022, requiring preemptive policy measures to ensure the maintenance of inflation in mid-single digit levels over the medium term.

In consideration of the current and expected macroeconomic developments as highlighted above, the Monetary Board decided to rollback some extraordinary support provided to the economy at the onset of the COVID-19 pandemic. Accordingly, with effect from 19 August 2021, the Board decided to increase the policy interest rates, i.e., the Standing Deposit Facility Rate (SDFR) and the Standing Lending Facility Rate (SLFR), of the Central Bank by 50 basis points each, to 5.00 per cent and 6.00 per cent, respectively. This would also result in the Bank Rate, which is linked to the SLFR with a margin of +300 basis points, automatically adjusting to 9.00 per cent. In order to induce a faster response of the market to these adjustments, the Monetary Board also decided to increase the Statutory Reserve Ratio (SRR) applicable on all rupee deposit liabilities of licensed commercial banks (LCBs) by 2.0 percentage points to 4.00 per cent, with effect from the reserve maintenance period commencing on 01 September 2021. The Board expects these monetary policy decisions to iron out the prevailing imbalances in the domestic financial markets and the external sector of the economy, while preempting the buildup of any excessive inflationary pressures over the medium term, thereby supporting greater macroeconomic stability. The upward adjustments in market interest rates and the expected liquidity deficit in the domestic money market would also help the economy to absorb the large amount of currency held by the public observed since the onset of the pandemic in early 2020.

The Central Bank says it will continue to monitor domestic and global macroeconomic and financial market developments and take appropriate measures to ensure that the economy reverts to its potential, while maintaining inflation in the targeted 4-6 per cent range under its flexible inflation targeting framework.