The Bangladesh Bank on Thursday sent $50 million to Sri Lanka as the first instalment of a currency swap agreement initiated in March and signed on August 3. 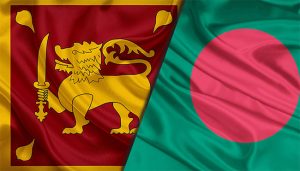 Serajul Islam, executive director and spokesperson of Bangladesh Bank, confirmed the matter to the Dhaka Tribune.

Sri Lanka, which has been struggling to maintain a moderate foreign exchange reserve, is going to get a total of $250 million from Bangladesh in this first-ever currency swap agreement.

Sri Lanka’s forex reserves dropped to $2.83 billion in July 2021, from $4 billion in June after a billion US dollar bond and some other accounts were repaid in July, official data shows.

The reserves are the lowest since July 2009, when the country had just finished a war and was rebuilding reserves.

On Thursday, the island nation’s central bank raised interest rates for the first time in nearly three years as its currency hit a record low amid its crippling forex shortage, reports AFP.

The Sri Lankan rupee fell to 216.55 to the dollar — its lowest ever level — despite the Central Bank of Sri Lanka (CBSL) urging currency traders not to allow the local currency to fall below 202.

In this situation, Bangladesh quickly sent the money to the neighbouring country in the spirit of cooperation.

AB Mirza Azizul Islam, economist and financial adviser to a caretaker government, termed this decision to help a neighbour as a “right move”.

“Moreover, they are giving us good interest. If you invested elsewhere in the country, you would not get more than 1% interest. But we are getting double the interest from Sri Lanka,” he said.

At the moment, the central bank has a lot of foreign exchange in its reserves, which is a lot even after meeting the cost of imports every three months, the economist added.

“So, it is better for the country to have extra income and a good reputation,” he added.

Serajul Islam said that after sending the $50 million to Sri Lanka, the amount of foreign exchange in Bangladesh Bank’s reserves was $46.58 billion at the end of Thursday.

The currency swap will be carried out in three phases, the first of which was carried out on Thursday. The remaining two instalments will involve $100 million each.

The Bangladesh Bank has given the first instalment for three months, according to a central bank official.

The central bank of Sri Lanka will return the amount in three months at the London Interbank Offered Rate (Libor) plus 2%.

If it cannot honour the deadline, the interest rate will not change.

But if the tenure goes up to six months, the interest rate will be Libor plus 2.5%.

Libor is the global reference rate for unsecured short-term borrowing in the interbank market and acts as a benchmark for short-term interest rates.

Basil and Hakeem appointed to PSC on election law reforms