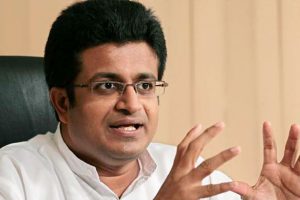 Minister of Energy Udaya Gammanpila says there is no shortage of fuel in Sri Lanka at the moment.

Speaking to ‘Derana Aruna’ program this morning, the minister said the country has stocks of diesel and petrol sufficient for 22 days and 18 days, respectively.

Another shipment of petrol is also expected to arrive in Sri Lanka next week, he added.

Minister Gammanpila also tweeted about the matter, stating that he would have truthfully told the people if there was a fuel shortage in the country.

“I have repeatedly stated that if there was a fuel shortage, I would have told the nation before anybody else.  I have always been truthful to the people and informed in advance about the price hike.  The first to announce about the foreign currency crisis.” – ada derana