The Consumer Affairs Authority has apprehended 02 individuals with a stock of sugar unfit for human consumption. 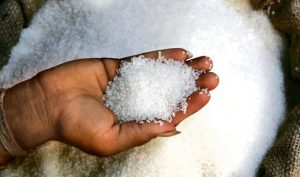 The raid was carried out on a tip-off received by the Western Provincial Intelligence Division.

Nearly 200 sacks of sugar unfit for human consumption had been seized.

Further investigations have revealed that the consignment of sugar had been planned for sale after being transported to Kalmunai.