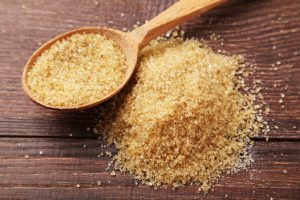 One kilogram of brown sugar can be purchased at a maximum retail price of Rs 130 through Sathosa and Co-operative outlets network, the government says.

The new price will be in effect from next Wednesday (September 01), State Minister of Consumer Protection Lasantha Alagiyawanna said during a media briefing held today (August 29).

Sri Lanka’s sugar consumption is at 45,000 metric tons per month, according to the State Minister. Of this, 23,000 metric tons is consumed by the people and the rest is used for other purposes, he added.

Accordingly, the daily sugar consumption of the people in this country is 1,500 metric tons, State Minister Alagiyawanna pointed out.

Meanwhile, 4,800 tons of sugar were found stashed in a warehouse in Mabola, Wattala yesterday (August 28) against the backdrop of fraudulent traders raising the price of sugar to Rs. 220 per kilo.

The hidden sugar stocks were discovered upon a revelation made by Ada Derana ‘Ukussa’.

State Minister Alagiyawanna said, “Three more warehouses were sealed today. It was reported that 600 metric tons of sugar were found in those warehouses. All three warehouses are in the Seeduwa area.

We are especially grateful to Derana for giving this information to the Consumer Affairs Authority yesterday.” – ada derana