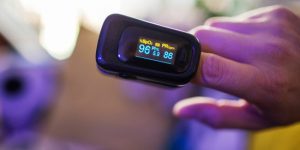 Southern Provincial Food and Drug Inspector of CAA, K. S. H. Jayaratne said that the raids were launched from the Galle district.

Reportedly, nearly 250 substandard oximeters had been seized during the raids carried out yesterday (August 28).

Jayaratne said, “There are a lot of complaints from the public that substandard oximeters are being sold all over Sri Lanka, especially to the National Drug Regulatory Authority and the District Health Services Authority in the Southern Province.

More than 42 pharmacies were searched. Nearly 250 substandard oximeters were found. Legal action will be taken in this regard after reporting to the National Drug Regulatory Authority.”