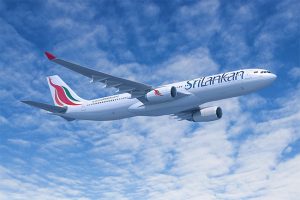 The Sri Lanka High Commission in New Delhi says that SriLankan Airlines will operate 4 weekly flights to Chennai, 4 to Mumbai and one to Bangalore under its new schedule, and is expected to introduce significant frequency enhancements after the country opened it borders to India.

Under the new schedules, the airline will be resuming services between Colombo and the Indian points; Madurai, Tiruchirappalli, Trivandrum and Cochin with flights once a week.

In addition, Hyderabad and New Delhi will be connected to Colombo with twice-weekly flights.

Further, the airlines’ operations out of Chennai and Mumbai will expand up to five times a week whilst its Bangalore-Colombo services will be enhanced to flights three times a week.

SriLankan Airlines has also commenced a buy one-get one free campaign to induce travellers to fly to Sri Lanka.

Fully vaccinated travellers will only require a negative PCR 72 hours prior to arrival and an on-arrival PCR test at a certified hotel. They will then be allowed to travel across the country freely.

Such travellers should make sure that their second COVID vaccine shot was taken at least 14 days before the journey.

Meanwhile, the SriLankan Airlines will also operate direct flights between Colombo and Kathmandu in Nepal from August 31.

In a tweet, the national carrier stated that flights between the two cities will operated with a frequency of twice a week. – ada derana