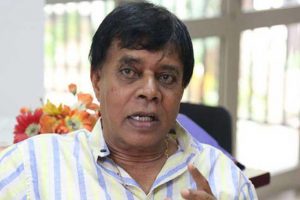 Speaking to the media in Kandy, he said that discussions would be held with all progressive political forces.

“We have decided what the party’s path would be, how to build the party for an alternative government and how to organize for it. There were alliances under the leadership of the SLFP that form governments.

The Central Committee took a decision to form an alliance by uniting all the leftist, patriotic, nationalist parties and parties outside Parliament to reactivate Podujana Eksath Peramuna and United People’s Freedom Alliance.”

However, MP Shan Wijelal de Silva says that the it should be understood that their party represents the government in making certain decisions.

He said, “It wasn’t that there weren’t issues when alliances were formed in the independent Sri Lanka. Considering that, my personal belief is that the problems that have arisen within this alliance so far are minimal.

I will not forget that I am a public representative representing the ruling party. But I stand in the right place for the sake of the country and the people.“ – ada derana