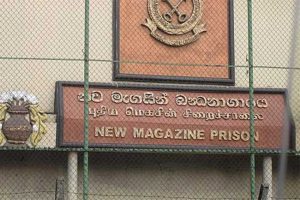 A jailer has been transferred to the Vavuniya Prisons after it was revealed that he had provided a mobile phone to MP Rishad Bathiudeen, who is incarcerated at the Magazine Prison.

The mobile phone was found in possession of the parliamentarian yesterday (Sep. 02).

When the chief jailor and another jailor of the prison were walking by the former minister’s cell, they had observed him speaking on the phone and he had then thrown it out of a window in the cell.

The mobile phone was subsequently taken into custody and handed over to intelligence units for further investigations.

MP Bathiudeen is expected be presented before a prison tribunal with regard to the offence. – ada derana

Litro to release limited gas stocks to market until Wednesday

Power cut schedule for this weekend