The New Zealand High Commission in Colombo has issued a statement in the wake of “a terrorist attack” at a New Zealand supermarket by a Sri Lankan national. 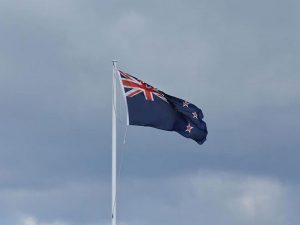 New Zealand police on Friday shot and killed a “violent extremist” who was known to authorities, after he stabbed and wounded at least six people at a West Auckland supermarket.

“The New Zealand High Commission in Colombo acknowledges, with sadness, the terrorist attack carried out in Auckland today.”

“Our thoughts are with those injured in, or otherwise affected by, the attacks at this very difficult time,” the High Commission said in a tweet.

“As PM Jacinda Ardern has stated, the perpetrator alone bears responsibility for these acts. The attack was carried out by an individual, not a faith, ethnicity or culture.”

“New Zealand’s Sri Lankan community is, and will always be, an integral and treasured part of Kiwi society,” it added.

The attacker, a Sri Lankan national who had been in New Zealand for 10 years, was inspired by the Islamic State militant group and was being monitored constantly, Prime Minister of New Zealand Jacinda Ardern had said.

Ardern said his ideology was IS-inspired, but he was a “lone-wolf”.

“What happened today was despicable. It was hateful, it was wrong, it was carried out by an individual, not a faith, not a culture, not an ethnicity, but an individual person who was gripped by ideology that is not supported here by anyone or any community.” – ada derana