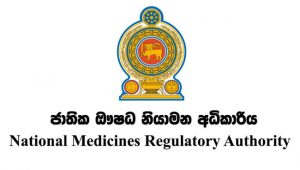 The company in charge of the National Medicines Regulatory Authority’s (NMRA) software system says that several files in the database were deleted by mistake by an engineer and that the data could be restored once the system was allowed to enter.

The State Minister of Drug Regulation and Supply and the Chairman of the Authority stated that the originals related to the deleted data are safe.

The NMRA is the body that regulates the issuance of licenses to pharmaceuticals, medical devices, and pharmacies in the country.

As it is highly sensitive, all information related to these operations is stored in its digital database.

It was revealed last July that some data in the system had been deleted and several parties, including the Opposition, had accused it of being a conspiracy. – ada derana