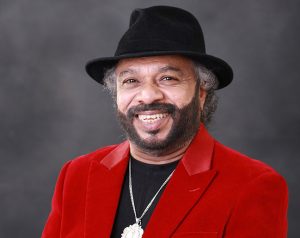 Veteran singer, musician and leader of the popular band ‘Gypsies’, Sunil Perera has passed away at the age of 68.

He had reportedly passed away, a short while ago, while receiving treatment at a private hospital in Colombo.

Sunil Perera had tested positive for COVID-19 last month and was only recently discharged after recovering. However, it was reported yesterday that he had been readmitted to hospital due to a sudden illness.

Ivor Sylvester Sunil Perera, popularly known as Sunil Perera was a true veteran of the Sri Lankan music industry and a much-loved figure among artistes and fans alike.

Sunil Perera and his brother Piyal have been part of the ‘Gypsies’, one of the biggest and most famous musical bands in the country, for the past three decades with multiple hit albums and sold-out concerts here and abroad.

In 1969 as soon as he left school, Sunil joined the band The Gypsies created by his father, Anton Perera along with his brothers – Nihal, Lal, Nimal, Piyal and several others.

Sunil was the main vocalist of the band along with his brother Piyal Perera. Their first hit ‘Linda Langa Sangamaya’ was released in 1972/1973 along with ‘Amma Amma Me Mata’.

Sunil’s recent works include the popular songs such as ‘I don’t know why’ which addresses mere sociopolitical issues through humor and 2017’s ‘Koththamalli’. – ada derana