Minister Ramesh Pathirana says that he expects that the teachers and principals will return to work accepting the solution given by the government for their salary issue. 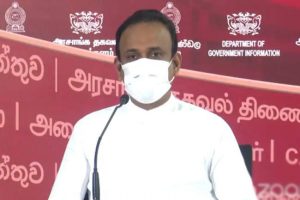 He noted that the teachers and principals would receive the proposed interim allowance with the September salary.

“The government’s solution to the teacher-principal salary issue was announced at the meeting, which clearly stated the salary increments that the government could provide under the current economic and financial situation. It was known that there will be an increase in the basic salary from 17% to 26% for the various levels of the teacher service and the principal service.

There was a request from the unions to provide it in one go. However, due to the current financial situation, the Minister of Education stated that it is possible to provide this only through about 3 occasions. The government is continuing to work in this regard. The relevant specific proposal will be presented by the Minister of Finance in Parliament through Budget for the year 2022, in November.

Until then, it was proposed to provide an interim allowance of Rs. 5,000 per month as a relief and incentive for their activities, including online teaching. They will receive it from this month’s salary.

The government is doing this to the best of its ability. We hope that every teacher and principal will acknowledge this and return to work.” – ada derana