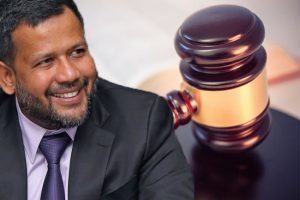 MP Rishad Bathiudeen, who was previously arrested under the provisions of the Prevention of Terrorism Act (PTA), has been further remanded until September 21.

The case was taken up before the Colombo Fort Magistrate’s Court earlier today (Sep. 07).

The former minister and his brother were taken into custody on April 24 for allegedly aiding and abetting the suicide bombers who perpetrated the deadly bombings on April 21, 2019.

They were initially interrogated under a 72-hour detention order obtained by the CID under the provisions of Article 6(1) of the PTA.

However, a subsequent 90-day detention order was obtained pursuant to Article 9(1) of the PTA as the authorities needed further interrogate the duo. – ada derana