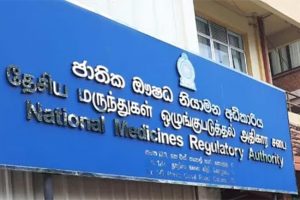 The Chief Executive Officer (CEO) of the private company in charge of the National Medicines Regulatory Authority’s (NMRA) database will be produced before Colombo Magistrate’s Court today (Sep. 09), the police spokesman said.

He was arrested by the Criminal Investigation Department (CID) yesterday.

The arrest came after the recent incident where several files in the database were erased due to an alleged mistake by an engineer.

It was revealed last July that some data in the system had been deleted and several parties, including the Opposition, had accused it of being a conspiracy.

However, on September 04, it was revealed that the lost data were restored and the originals related to the deleted data are safe.

The NMRA is the body that regulates the issuance of licenses to pharmaceuticals, medical devices, and pharmacies in the country. As it is highly sensitive, all information related to these operations is stored in its digital database. – ada derana