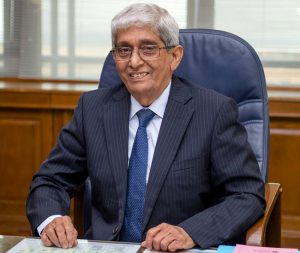 The Governor of the Central Bank of Sri Lanka Professor W. D. Lakshman says that he will be retiring from his position as the governor on September 14, 2021.

The Governor made this announcement during a press briefing held today at the Central Bank.

Deshamanya Professor W D Lakshman had assumed duties as the Governor of the Central Bank of Sri Lanka on the 24th of December 2019 at the Governor’s Office in Colombo.

He had been appointed to the position by President Gotabaya Rajapaksa, according to the provisions of the Monetary Law Act No.58 of 1949.

Accordingly, Professor Lakshman had also functioned as the Chairman of the Monetary Board of the Central Bank of Sri Lanka.

Professor Lakshman is a well-known economist who served as the Vice Chancellor of the University of Colombo from 1994 to 1999. In 2005, he was awarded the “Deshamanya” title for his contributions to the academic field.

Professor Lakshman is the 15th Governor of the Central Bank of Sri Lanka.

Speculation has been rife as of lately that former Central Bank governor and incumbent State Minister of Money & Capital Market and State Enterprise Reforms, Ajith Nivard Cabraal is tipped to be reappointed to the position following the retirement of Professor Lakshman.

During a recent press briefing, the State Minister said that he can neither confirm nor deny these reports.  – ada derana

Moratuwa Uni. to hand over experts’ report on gas leakages this week