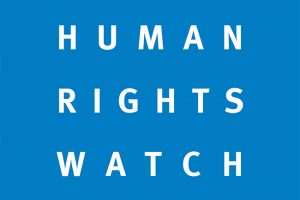 At the Council’s upcoming session, which begins on September 13, 2021, UN member countries should express their alarm about the allegations on abuse and the weakening of independent governmental institutions, civilian governance, and the rule of law, the HRW stated further in its statement. “These countries should demonstrate their willingness to press the Sri Lankan government to meet its international human rights obligations.”

Speaking in this regard, Meenakshi Ganguly, the South Asia director at HRW said, “Since Gotabaya Rajapaksa took office in 2019, the limited progress Sri Lanka had made in addressing past atrocities and ending abuses has been disastrously reversed.

“Continued international attention and pressure can help reduce the risks faced by minority communities, activists, and journalists, who live in heightened fear of the authorities.”

Earlier in 2021, the Human Rights Council adopted an important resolution, 46/1, to advance accountability for alleged past rights violations and war crimes committed in Sri Lanka and the resolution also mandated regular reporting by the UN High Commissioner for Human Rights, the HRW added, noting that the Rajapaksa administration, in 2020, had renounced the previous administration’s commitments to the Human Rights Council to provide justice and end abuses.

The New York-based non-governmental organization alleged that the administration is using its security and intelligence agencies to surveil and intimidate the families of abuse victims and others who are seeking to uphold human rights.

The statement further claimed that the authorities are using arrests and threats issued under the “draconian” Prevention of Terrorism Act (PTA) to silence calls for justice in the Tamil majority north and east, and to arbitrarily detain Muslims in counterterrorism operations.

Foreign governments should take firm and coordinated action to press the Sri Lankan government to reverse course, the HRW emphasized. “The European Union should insist that Sri Lanka complies with its human rights obligations to maintain tariff free market access under GSP+, as should the United Kingdom under its similar program. Donor governments and multilateral agencies, such as the UN Office on Drugs and Crime, should immediately withhold support for Sri Lankan security forces until they take steps to halt and address violations, in compliance with UN due diligence standards.”

The HRW went on to stress that governments should also consider imposing targeted sanctions on senior figures implicated in alleged abuses, and pursue prosecutions under universal jurisdiction, as recommended by the UN human rights chief, Michele Bachelet, earlier this year.

“No one should be in any doubt that Sri Lanka’s human rights situation is deeply alarming and getting worse,” Ganguly said. “UN member states should recognize that the government is sensitive to international pressure, and make the protection of human rights in Sri Lanka their priority.” – ada derana