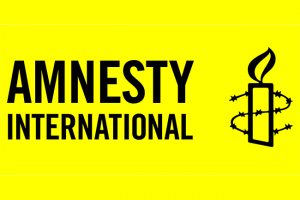 The Amnesty International has called for a prompt, impartial and effective investigation into the incidents at the Anuradhapura and Welikada prisons involving former State Minister of Prison Management & Prisoners’ Rehabilitation Lohan Ratwatte.

Speaking on the matter, Yamini Mishra, the Amnesty International’s Asia-Pacific Director sought accountability for the conduct of Ratwatte.

Ratwatte resigned from his position yesterday, in the wake of accusations that he forcefully entered the Welikada and Anuradhapura prison premises with a group of friends while under the influence of alcohol on Sunday (12).

Responding to reports which alleged that Ratwatte had held incarcerated LTTE suspects at Anuradhapura Prison at gunpoint and threatened to kill them, Yamini Mishra said, “These dumbfounding reports go to show that our ongoing concerns regarding Sri Lanka’s treatment of prisoners, especially the authorities’ torture and other inhumane and degrading treatment of PTA detainees are all too valid.”

They also demonstrate the level of impunity for criminal behavior that is indulged at the highest levels of government, she added.

Meanwhile, the Human Rights Commission of Sri Lanka (HRCSL) has initiated a Suo Motu investigation related to the incidents that have taken place in the two prisons.

Three Regional Coordinating Officers of the HRCSL have visited Anuradhapura Prison yesterday to investigate the incidents that took place on Sep. 12.

In its statement, the Commission said it will summon all the responsible parties connected to these incidents as early as possible.