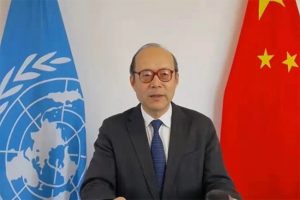 China told the United Nations Human Rights Council on Tuesday (Sep. 14) that it opposes the interference of powerful nations in the internal affairs of Sri Lanka.

Delivering a statement at the 3rd meeting of the UNHRC General Debate of the 48th regular session, the Permanent Representative of China to the United Nations Office in Geneva, Ambassador Chen Xu also voiced deep concerns about the human rights issues in the United States, Canada, the United Kingdom and Australia.

The Office of the United Nations High Commissioner for Human Rights (OHCHR) should give sufficient attention to the above-mentioned issues, the Chinese ambassador stressed.