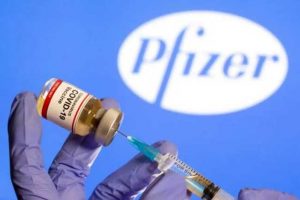 The Government of Sri Lanka has decided to administer the Pfizer-BioNTech COVID-19 vaccine to children between the ages of 15 and 19 years, based on the medical recommendation.

State Minister Prof. Channa Jayasumana stated that the Pfizer jab will also be provided to children over 12 years with disabilities.

He said that it was decided during the meeting of the Special Committee on Covid-19 Control this morning that the Pfizer vaccine would be administers to children aged between 15-19 and also to children between 12-19 with cognitive impairments and those with disorders such as thalassemia.

The state minister said that the necessary stocks of vaccine have already been ordered.

Earlier this month, President Gotabaya Rajapaksa had said the Pfizer vaccine could be given to the school children of the relevant age groups as soon as the medical approval is received.

Sri Lanka has approved the emergency use of Pfizer-BioNTech vaccine in May this year. Approval for the mRNA-based COVID-19 jab was granted by National Medicines Regulatory Authority (NMRA).

Germany-based biotechnology BioNTech, the developer of the vaccine, had collaborated with the American multinational pharmaceutical corporation Pfizer for support with clinical trials, logistics, and manufacturing of the vaccine.

According to the World Health Organization, the Pfizer-BioNTech vaccine has an efficacy of 95% against symptomatic SARS-CoV-2 infection.

In June, Britain’s medicines regulator had approved the vaccine developed by Pfizer and BioNTech for use on 12- to 15-year-olds, following similar clearances in the U.S. and the E.U. – ada derana