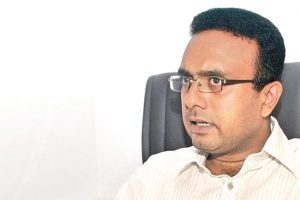 Samagi Jana Balawegaya (SJB) MP Manusha Nanayakkara says he has been notified to appear before the Criminal Investigation Department (CID) on September 20, with regard to a probe carried out by its Computer Forensic Division.

“But I have not been informed as to what complaint I will be summoned for or what kind of investigation they are going to conduct,” the lawmaker said in a post on his official Facebook page.

MP Nanayakkara added that he would cooperate with the investigating officers in giving evidence pertaining to any legitimate inquiry.

However, he noted that legal advice should be sought regarding a summons issued without proper details of the investigation taking place.

“In consultation with Hon. Sajith Premadasa, Leader of Samagi Jana Balawegaya, I will take further action on the legal advice of President’s Counsels Thisath Wijayagunawardena and Farman Cassim,” he added. – ada derana