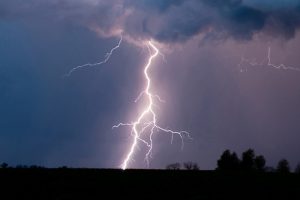 The Department of Meteorology issued an advisory today (Sep. 23) for thundershowers accompanied by severe lightning in Northern, North-central, Uva and Eastern provinces.

Meanwhile, temporary localized strong winds can be expected during thundershowers.

The Met. Department also said the showery condition over the south-western part of the island is likely to enhance during next few days, from September 25.

The members of public have been urged to take adequate precautions to minimize damages caused by lightning activity. – ada derana