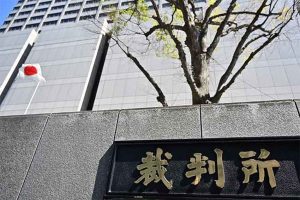 The two men claim that they were deported without getting enough time to take legal action after being denied refugee status.

The two had filed a lawsuit against the government seeking a total of ¥10 million in compensation. Wednesday’s ruling reversed a lower court decision that dismissed the claims.

Presiding Judge Yutaka Hirata said that immigration authorities “violated the right to a trial, as guaranteed under Article 32 of Japan’s Constitution” and the way they handled the matter was “illegal” in terms of the state redress law.

The court ordered the country to pay a total of ¥600,000 in compensation.

According to a lawyer representing the plaintiffs, the ruling was the first of its kind.

According to the ruling, the two men visited the Tokyo Regional Immigration Services Bureau in December 2014 to renew their status of provisional release from detention. Their application was rejected and they were sent to an immigration facility.

Their subsequent objection was also dismissed and the two were deported from Haneda airport the day after they were sent to the facility.

Although the two men planned to file a lawsuit to undo the decision, they were not given enough time to launch a suit as they were informed their objection had been dismissed just before they were sent back to Sri Lanka.

Hirata acknowledged that immigration authorities had intentionally delayed notifying them of the dismissal in order to ensure a smooth deportation process.

The immigration authorities had essentially taken away their opportunity to undergo a judicial review by deporting them without allowing them to reach out to a third party after the announcement of the decision, Hirata said, adding that the way the authorities handled the matter “violated the Constitution.”

The government had said that the objection by the two men was not within their rights and that there was little need to help them.

But Hirata said that the objection was an issue different from individuals looking to guarantee themselves an opportunity for a judicial review. The judge added that depriving the two men of such an opportunity was “unacceptable.”

According to the lawyer, the two men are currently in Sri Lanka. One of them has expressed his gratitude for the ruling, the lawyer said.

The Immigration Services Agency of Japan said that it will handle the matter appropriately after closely examining the court decision.

The plaintiffs filed an appeal after the Tokyo District Court rejected their claims in February last year. The court said that their deportation was neither unconstitutional nor outside the law.