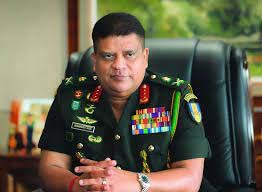 The COVID-19 task force has been requested to work out the procedures by which state institutions and public transport services will be maintained once the country-wide lockdown is lifted on October 01.

However, no final decision has been taken regarding the reopening of the country, Commander of the Sri Lanka Army General Shavendra Silva stated. The final decision will be announced in the next two days, he added.

The Army Commander mentioned this following an offering at the Temple of the Tooth in Kandy on the occasion of the 72nd anniversary of the Sri Lanka Army.

The Army Commander further said, “The decision on whether to reopen the country after October 1 or whether it will continue will be made known in the next two to three days.

However, on the directions by the President two days ago, instructions are given on how to reopen the country and carry out operations. We have discussed the methodology with the transport sector and other institutions and the Ministries, in particular, have been informed to prepare a set of guidelines to be followed in this regard.