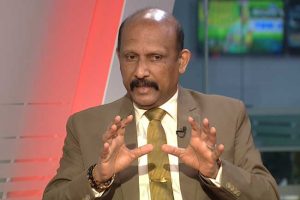 Defence Secretary Gen. (Retd) Kamal Gunaratne today responded to the allegations leveled against the government with regard to the investigations related to the Easter Sunday terror attacks.

Asked whether he believes the investigations into the Easter Sunday attacks has been carried out in a fair and impartial manner, Gunaratne said that he cannot take responsibility for the manner in which investigations were carried out before he was appointed as Defence Secretary.

Speaking during the Ada Derana ‘Big Focus’ programme, he stated that various criticisms were directed at them even for that, but assured that they did so in order to ensure the job is done correctly.

The Defence Secretary said that one accusation that keeps being leveled against them is that ‘still nothing has been done’ and ‘where is the mastermind?’ and that certain groups with vested interests are promoting another ideology that it was a secret ‘deal’ to bring the President to power.

He said that even some respectable people had used the word ‘deal’ for this, and categorically rejected these claims.

He said that investigations are ongoing and that he can responsibly state that this is “not anyone’s deal” and that it is the actions of a group of persons blinded by the teachings conducted by misinterpreting one of the leading religions in the world. – ada derana