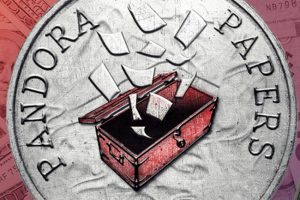 Several world leaders have denied wrongdoing after featuring in a huge leak of financial documents from offshore companies.

Dubbed the Pandora Papers, the 12 million files constitute the biggest such leak in history.

Russian President Vladimir Putin and Jordan’s King Abdullah II bin Al-Hussein are among some 35 current and former leaders linked to the files.

Both have issued statements saying they have done nothing wrong.

Jordan’s royal palace said it was “not unusual nor improper” that King Abdullah owned property abroad.

Leaked documents show the leader secretly spent more than £70m ($100m) on a property empire in the UK and US since taking power in 1999.

Kremlin spokesman Dmitry Peskov meanwhile questioned the reliability of the “unsubstantiated” information, after it detailed hidden wealth linked to President Putin and members of his inner circle.

“For now it is just not clear what this information is and what it is about,” he told reporters, adding that “we didn’t see any hidden wealth of Putin’s inner circle in there”.

The data was obtained by the International Consortium of Investigative Journalists (ICIJ) in Washington DC, which has been working with more than 140 media organisations on its biggest ever global investigation.

BBC Panorama and the Guardian have led the investigation in the UK.

Other leaders linked to the leak include:

• Czech Prime Minister Andrej Babis, who allegedly failed to declare an offshore investment company used to purchase two villas for £12m in the south of France
• Kenyan President Uhuru Kenyatta, who – along with six members of his family – has been linked to 13 offshore companies
• Chile’s President Sebastián Piñera, a billionaire businessman, who is accused of selling a copper and iron mine in an environmentally sensitive area to a childhood friend, as detailed in Spain’s El Pais newspaper
• And Azerbaijan’s President Ilham Aliyev, whose family and close associates have allegedly been secretly involved in property deals in the UK worth more than £400m

In a tweet thread, the Czech prime minister said the allegations are an attempt to influence elections scheduled for this week and insisted he has “never done anything wrong or illegal”.

Mr Kenyatta said the investigation “will go a long way in enhancing the financial transparency and openness that we require in Kenya and around the globe”, and promised to “respond comprehensively” to the leak once he returned from a state visit abroad.

The Pandora Papers show no evidence that the Kenyatta family stole or hid state assets in their offshore companies.

And a statement from Mr Piñera’s office said he denied taking part in or having any information on the sale of the Dominga mining project.

President Aliyev and his family did not respond to attempts to contact them, according to The Guardian.

Meanwhile Pakistan’s Prime Minister Imran Khan has vowed to investigate citizens linked to the Pandora Papers. Hundreds of Pakistanis, including members of Mr Khan’s cabinet, are linked to the leak.

The Pandora Papers is a leak of almost 12 million documents and files exposing the secret wealth and dealings of world leaders, politicians and billionaires. The data was obtained by the International Consortium of Investigative Journalists in Washington DC which has led one of the the biggest ever global investigations.

More than 600 journalists from 117 countries have looked at the hidden fortunes of some of the most powerful people on the planet.