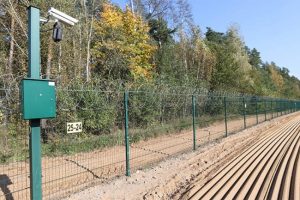 The body of a Sri Lankan citizen was found near the Belarus-Lithuania border, according to Belarus media reports.

The man’s body was found on 5 October in the shrubs 500 meters from the state border with Lithuania. The police found a mobile phone, bank cards and documents with him that helped identify the man as a 29-year-old citizen of Sri Lanka.

“According to the available information, this citizen made part of a group who the Lithuanian security forces tried to unlawfully squeeze out onto the territory of Belarus several times. An investigation is underway,” said Denis Glebko, the official representative of the Polotsk border group.

Oksana Lazko, the official representative of the Vitebsk Oblast Department of the Investigative Committee, added that investigators interviewed local residents. “A forensic medical examination was ordered to establish the exact cause of death of the man. The forensic examination will be performed by the State Forensic Examination Committee of the Republic of Belarus. The Braslav District Office of the Investigative Committee is conducting an inquiry,” she informed.