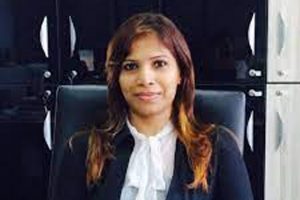 Shermila Rakapakshe has been appointed as the new Director-General of the Department of National Zoological Gardens.

According to a communiqué issued by the department, Rajapakshe is scheduled to assume duties tomorrow (October 28).

Rajapakshe previously served as the Head of Social Media at the Presidential Secretariat.

An accountant by profession, Rajapakshe is an alumna of Sri Jayewardenepura University and Colombo University, where she obtained her bachelors and masters degrees respectively.

She fills the position left vacant by Ishini Wickremesinghe who resigned as the Director-General of the National Zoological Gardens Department last month. – ada derana