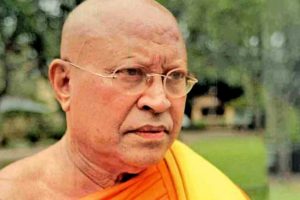 President Gotabaya Rajapaksa has directed relevant authorities including the secretary to the Ministry of Buddhasasana, Religious and Cultural Affairs and Ministry in this regard.

The much venerated Thero passed away last night (October 27) at the age of 85, while receiving treatment at a private hospital in Colombo.

Ven. Kusala Dhamma Thero, who served as the head of the Vidyalankara Pirivena in Peliyagoda, devoted his life in robes to uplift Sri Lanka’s Buddha Sasana. – ada derana