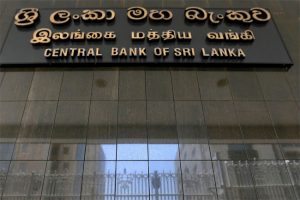 The statement issued by Moody’s said the assessment reflects governance weaknesses in the ability of the country’s institutions to take measures that decisively mitigate significant and urgent risks to the balance of payments, the statement said.

In response, the CBSL called Moody’s rating action ill-timed and irrational, noting that it came a few days before a key event – the announcement of Budget 2022.

“This apparent hastiness and the view expressed during discussions with Moody’s analysts that the nature of the Budget is irrelevant to the financing plans of the Government clearly demonstrates the lack of understanding of such analysts.”

The CBSL pointed out that the move also reflects serious governance weaknesses of such agencies, where they systematically overlook the positive developments and expectations in emerging market economies, but attribute much greater weight to downside risks.

According to the response, Moody’s assessment has also failed to take into account the latest developments in strengthening the country’s external position through an array of measures, some of which have already yielded intended outcomes, as announced by the CBSL on October 26, 2021.

The full statement issued by the Central Bank of Sri Lanka is as follows:

The Government of Sri Lanka (GOSL) wishes to express strong displeasure on the recent assessment by Moody’s Investors Service (Moody’s) that led to the rating action, after being placed under review for downgrade three months ago in a similar fashion. Once again, Moody’s irrational rating action with regard to Sri Lanka comes a few days before a key event, namely the announcement of the Government Budget for 2022, and this apparent hastiness and the view expressed during discussions with Moody’s analysts that the nature of the Budget is irrelevant to the financing plans of the Government clearly demonstrates the lack of understanding of such analysts. It also reflects serious governance weaknesses of such agencies, where they systematically overlook the positive developments and expectations in emerging market economies, but attribute much greater weight to downside risks. Moody’s assessment has also failed to take into account the latest developments in strengthening the country’s external position through an array of measures, some of which have already yielded intended outcomes, as announced by the Central Bank of Sri Lanka (CBSL) on 26 October 2021. Moreover, the assessment exposes the rating agency’s ignorance on the well-established political stability within a democratic setup, when it claims about “governance weaknesses” and “challenging domestic political environment”, and its obvious insensitivity to the challenges faced by a country that is recovering from adverse external events without bringing pain to investors who have stood by Sri Lanka during various difficulties that the country has undergone in the past.

In addition to the six-month strategy articulated in the Road Map presented by the CBSL on 01 October 2021, Moody’s assessment has failed to recognise the medium to long term funding arrangements that are being finalised with various bilateral sources, which are due to be materialised in the near term. They include, among others, credit lines of several billions of USD from India and the Middle Eastern counterparts to procure petroleum; an arrangement for a large forex loan from a Middle Eastern nation as a bilateral long-term loan, and the proposals received for the syndicated loan arrangement that are being evaluated at present. In addition, a substantial amount of funds is expected from the already lined-up prioritised project loan related inflows to the Government. The recent discussions on bilateral currency SWAP arrangements with several central banks are also expected to provide the country with additional support in the near term.

Without considering such cashflows, any assessment on the repayment capacity of the Government carries prejudice. Rating action based on such biased assessment is unfair and detrimental to the country’s prospects, as Sri Lanka is emerging strongly from the adverse effects of the COVID-19 pandemic. Needless to say, such action by an international rating agency calls into question the validity of its advice to the investor community. Nevertheless, it is clear that international investors have continued to put faith in Sri Lanka’s plans for recovery, as repeatedly reflected in their preference to hold Sri Lanka’s International Sovereign Bonds (ISBs) to maturity, despite claims by Moody’s about a heightened risk of default by Sri Lanka.

The GOSL is in the process of preparing its Budget for the forthcoming year to be presented on 12 November 2021 with economic activities returning to near normalcy, and the country is already experiencing strong signs of revival of tourism and other activities that generate non-debt creating foreign currency inflows, including the monetisation of under-utilised non-strategic assets. This untimely rating decision taken prior to the Budget shows that Moody’s has not taken all the relevant information to form its assessment of the country’s performance and the expected path, into account.  Even a layman would recognise that the Budget is an important statement for a country as it sets the tone for policy initiatives and structural reforms which could help alleviate the external challenges and improve fiscal settings in the near to medium term. Legitimacy of financing, in the form of an Appropriation Act, includes all foreign financing with a clear direction of the fiscal path. Therefore, it is surprising that Moody’s fails to provide due consideration to the forthcoming Budget, disregarding the vital information that would be released with the announcement of the Budget, in arriving at its rating action.

Such action by Moody’s is not new to Sri Lanka since Sri Lanka has experienced similar rating action by Moody’s several times in the past as well. For instance, Moody’s placed Sri Lanka on review for downgrade on 17 April 2020 right at the onset of the COVID-19 pandemic and just after the Government signed a Foreign Currency Term Financing Facility (FTFF) with China Development Bank (CDB), hindering the implementation of the arrangement and delaying fund receipts. The downgrade was effected on 28 September 2020, just ahead of the ISB maturity in October 2020. Further, Moody’s placed Sri Lanka under review for downgrade on 19 July 2021 whilst the CBSL was finalising a currency SWAP with the Bangladesh Bank and was about to repay a maturing ISB. Such questionable action generates credibility considerations as to whether Moody’s actions are driven by economic considerations only.

The GOSL and the CBSL are closely engaging with all stakeholders, including the international investor community. Such engagements have helped clear any doubts of investors on the Government’s willingness and the ability to honour all upcoming debt service obligations, as it has done throughout history. The Sri Lankan economy has demonstrated strong signs of broad-based recovery, with a real GDP growth of 8.0 per cent in the first half of 2021. The vaccination drive is progressing at full strength, covering over 60 per cent of the population with both doses and almost 100 per cent of the population over 30 years, thus providing confidence of a strong rebound in economic activity in 2022. With the revival in tourism and the fruition of efforts to strengthen foreign exchange earnings through merchandise exports, exports of services, worker remittances, as well as domestic and foreign investments, the medium term growth path is likely to be robust. Improving performance of merchandise and trade in services in a fairly short period of time has shown the economy’s ability to reach its potential despite misplaced fears raised by Moody’s. It is deeply disappointing that Moody’s seems to be attempting to derail this potential of the country by downgrading Sri Lanka’s rating based on a static methodology, which is irrational, particularly at the time of a global pandemic. The Government’s commitment towards fiscal consolidation through expenditure rationalisation would complement the gradual rise in government revenue with normalising activity, thereby narrowing the fiscal deficit, that has not been recognised by Moody’s. The pro-growth reforms implemented by the Government has laid the foundation for a domestic production led export-oriented economy over the medium term, despite some adjustment costs in the transition. Ignoring such ability and commitment of the Government has led to ill-informed conclusions by Moody’s.

Against this backdrop, the Government wishes to re-assure all stakeholders, including the international investor community, that Sri Lanka remains committed to honouring all forthcoming obligations in the period ahead. The Sri Lankan authorities welcome direct engagement with investors and invite investors for regular one-on-one discussions without being distracted by such unfounded announcements by external agencies. – ada derana