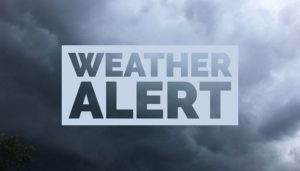 Showery condition is expected to enhance further in North-western, Western, Sabaragamuwa and Northern provinces and in Galle Matara, Kandy and Nuwara-Eliya districts today and tomorrow (09), due to influence of the prevailing wind convergence zone in the vicinity of the island.

Issuing a ‘Red Alert’ for heavy rain, the Meteorology Department said that very heavy showers above 150 mm can be expected at some places in Northwestern, Western and Sabaragamuwa provinces and in Kandy and Nuwara-Eliya districts.

Heavy showers about 100 mm can be expected at some places in Northern Province and in Matale, Galle and Matara districts during next 24 hours, it said.